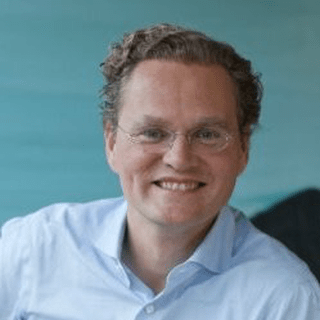 Sake Bosch is a founder and Managing Partner of Prime Ventures. Sake brings over 25 years of experience in marketing and sales and venture capital to Prime. Prior to founding Prime in 1999, Sake was a senior principal at Holland Venture and was responsible for managing investments in technology companies. He was involved in many of the Holland Venture technology investments including Applicare Medical Imaging (acquired by GE Medical Systems), BWise (acquired by Nasdaq), SQL Systems (acquired by Datastream) and Freecom (acquired by Mitsubishi Kagaku Media). Before joining Holland Venture in 1994, Sake worked as an independent corporate finance consultant focusing primarily on early stage companies. Prior to this position he was a sales executive at Securitas Group. He started his career in 1989 as a strategic market analyst at VNU. Sake holds an MSc degree in Business Administration as well as a BA degree in management science and industrial engineering. He serves on the board of directors of Civolution, 4C, Dealerdirect, Digital Origin, Greetz,Forcare, MarkaVIP, SaaSPlaza, SlimPay, Service2Media, and Takeaway.com. Previous investments include: 3mensio Medical Imaging (acquired by Esaoto), eBuddy (acquired by Booking.com), Global Collect (acquired by General Atlantic), MarketXS (acquired by Markit), Nedstat (acquired by comScore Inc.), Tridion (acquired by SDL) and Watermark (acquired by Qurius).