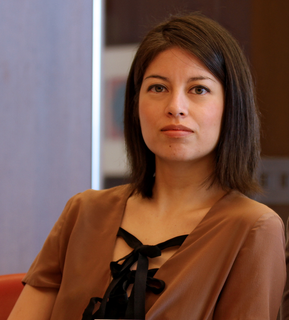 Natalia is Founder and CEO of the Pipeline Fellowship, an angel investing bootcamp for women. The Pipeline Fellowship works to increase diversity in the U.S. angel investing community and creates capital for women social entrepreneurs. Natalia holds a BA in Comparative Literature & Economics from Yale. She has been featured in Bloomberg Businessweek, Mashable, Reuters Money, TechCrunch, The New York Times, and Fast Company’s Co.Exist Change Generation series.Natalia was named to the Forbes list “Top 20 Women for Entrepreneurs to Follow on Twitter,” as well as Latina.com’s “25 Latinas Who Shine in Tech,” and she was selected as a Readers’ Pick for HuffPost Tech’s “27 Women in Tech You Need to Follow on Twitter.” Women’s eNews recognized her as one of 21 Leaders for the 21st Century for 2012 and Business Insider included her on its 2013 list “The 30 Most Important Women in Tech under 30.” You can find Natalia on Twitter (@nakisnakis).