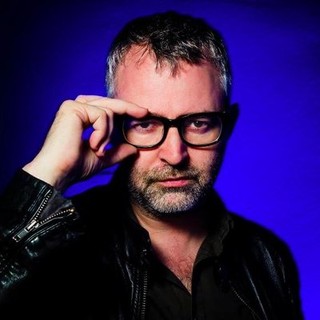 Mike Butcher (FRSA) is an ‘Editor At Large’ at TechCrunch, the biggest breaking news site about the world’s hottest tech companies. Mike has been named one of the Top 50 most influential Britons in technology by The Daily Telegraph. As well as being a long-time Writer, Broadcaster and Editor Mike is also co-founder of TechHub (@TechHub), a project to merge a thriving community with office space for fast-moving startups. Mike has written for UK national newspapers and magazines including The Financial Times, The Guardian, The Times, The Daily Telegraph and The New Statesman. Mike is a former Editor of New Media Age magazine, the leading new media weekly in the UK, and the European edition of The Industry Standard magazine. Since 1996 Mike has launched or re-launched numerous media web sites and in 2000 he was nominated as NetMedia’s European Internet Journalist of the Year. In 2004 Mike was voted ‘One of the 100 Innovators of the UK Internet Decade’ by GfK NOP, the fourth-largest custom research business in the world. In July 2008 Mike was put at No. 47 out of the Top 100 people in London’s creative industry by The Independent newspaper and The Hospital Club. In August 2008 TechCrunch Europe was awarded the best “Web 2.0 and business blog” in the UK, by the readers of Computer Weekly magazine. In 2009 it was named as one of the Top 10 blogs out of the UK. Also in 2009 Mike was named one of the Top 10 bloggers on Twitter in the UK. In October 2009 Mike was named one of the Top 50 most influential Britons in technology by The Daily Telegraph. In April 2010 Mike was in Wired UK’s Top 100 influencer list, again in 2011, in 2012 and in 2014. In April 2010 TechCrunch Europe was shortlisted in the Specialist Digital Publisher category of the prestigious UK-based Association of Online Publishers’ Digital Publishing Awards. In November 2010 Mike was named as one of London’s most influential people in New Media and “king of dotcom commentators ” by The Evening Standard Newspaper. Mike has been listed as one of the Top 100 most influential people on Twitter in the UK. Mike has spoken at the prestigious Monaco Media Forum, Le Web, Web Summit and DLD among many other conferences. Mike is a regular commentator on the technology business, appearing on BBC News, Sky News, CNBC, Channel 4 and Bloomberg. Mike has advised the UK Prime Minister on tech startups, served on the Mayor of London’s Digital Advisory Board, the ‘Smart London’ Board and been a Technology Ambassador for London. Mike earned his B.A. degree in History and English Literature from Australian National University.