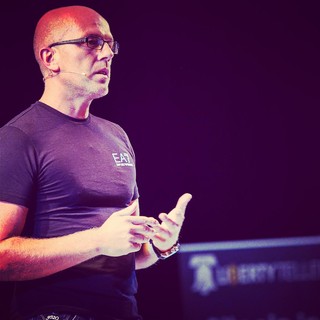 Matteo has been actively engaged in the FinTech space for over 20 years and has deep connections amongst global banks executives, startups and investors. He knows how to bridge traditional banking with new or disruptive technologies, because he understands both. A true multicultural European executive, he conducts business in Italian, English, French and Spanish. In his 13 years role at SWIFT, Matteo covered various activities in sales and global account relationship. In 2007 he founded swiftcommunity.net, the communication platform 2.0 that fosters interactive dialogue in the financial community. This was built on top of the experience accumulated from designing italiansonline.net, the world largest Italian expat portal that came to life in 2003, way before Facebook. In 2008 he co­founded Innotribe, the innovation arm of SWIFT. This is where Matteo launched the Innotribe Startup Challenge, the first global challenge for FinTech entrepreneurs, as well as the Enablers group, a cross­industry group mentoring Innotribe and SWIFT on strategy and financial trends. In 2013, Matteo became a Partner in SBT Venture Capital, one of the first funds (100m USD) solely dedicated to FinTech investment (Series A). SBT Venture Capital has madesome ten investments in promising start­ups to date. Financial News has nominated Matteo as one of the “40 most influential FinTech executives in Europe”and Bank Innovation named him one of the “30 Innovators to watch shaping the industry” in 2014. Matteo holds a University degree in Computer Science (University of Genova) and a Post­graduate in Financial Transactions (Solvay Business School).