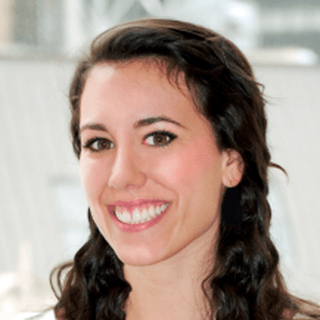 Elodie Dupuy has been at Insight since 2008, focusing on high-momentum consumer internet and SaaS software investments. Elodie has worked on more than a dozen international investments with headquarters that span Canada, Brazil, Germany, and Lithuania and with operations across Latin America and Europe. Elodie is a board member at MV Sistemas, Bionexo, Hotel Urbano and Dawanda, and works at the board level with Elo7 and Vinted. Previously Elodie worked with DailyDeal, which was acquired by Google in 2011, Folhamatic, which was acquired by Sage Group in 2012, and Trivago, which was acquired by Expedia in 2013. Elodie graduated with honors and distinction from The Ohio State University with a Bachelors of French and Spanish, and a Bachelors of German and Russian. She is fluent in English, French, German, Spanish and Portuguese and speaks Russian and Italian. She has been a competitive gymnast for over 20 years, captains the firm’s dodgeball team, and relaxes by watching movies, reading, painting and playing the piano.